On July 17, 2020August 28, 2020
by HappySeeking
in Lust & Love, Spirituality
Leave a Comment on Relationships don’t make you happy

Romantic love is drama. Repetitive cycles of misfortune and dependency. Burning desire and then raging fires of rage cooling into pits of sizzling bitterness.

So the question is why do we do it?

Why do I submit myself to this torment, time after time. So it’s relationship three.

A (used for annonymity) was a naive first love, before I had become my own person. Engaged too young and cast out after 6 years of foolproof commitment. We had met when I was 11 on a school trip to France and would often laugh that meeting was our destiny. I had chosen to go to University in a town on the other side of the Country and the same day I told him so, he told me that he was moving to the same town. I thought it was fate.

B was the proof I could learn to love again, before it faded away and died (the love not the man peeps). The love here devolved from two equals to one superior and one that needed to be nurtured for 18 months loosing his sense of independence. It wasn’t his fault that he was in a hit and run accident 2 weeks after moving in together and I dutifully nursed him during that time, but once had had recovered the polarity between us had died.

How would I describe him, physically, mentally, spiritually, by his weaknesses, his character, his goals or his achievements.

I would take to describe him by his actions, and my experiences.

Such as the time we chased each other round the house and then he poked a stick through the window where I was showering next to.

Or the time he was stood dancing on the kitchen work surfaces at 4am with a colander on his head.

Or the other times where he’d get swept up in passionate rhetoric and make my heart swell with his intellectualism.

The times when we are brutally honest to each other and I’m in awe over how raw it is to be this intimate with another person. Knowing a person on that level is beyond beautiful.

Those are the ups, there have been downs too of course:

The time he forgot my birthday.

The time he messed me around when I was needing somewhere to live.

The times he can’t stay sober.

And I think that after 3 years it has gone so quickly, our first year was so much bliss and growth.

I learnt to break the rules, to become a free spirit and break fee from the chains of society… take acid, take mushrooms, smoke doobies and wild camp… and it saved me. It was like being born awakened out of the Matrix.

Then C moved to Thailand and traveled for 4 months… I learnt independence. I learnt strength. Like a Wife in an ancient greek tragedy waiting for her husband to come back from the terrors of war I waited. I learnt so much about myself, growing to know what solitude felt like. I learnt that I could leave if I had wanted, and that I’d be happy with other people. but it wasn’t my destiny, I learnt to let him go if I truly loved him. Love was not dependency, two people together forever… love was us against the world.

I had to face other people not understanding and I realised that relationships also greatly vary from person to person. It is like aligning fingerprints.

Then C returned. But he left his honeymoon period on the plane. Next followed trials, arguments, periods of messiness, expectations, the grace period became disgraced as the next level of intimacy welcomed itself onboard.

I learnt at this time that choosing the path of not being with someone for their paper status (wealth, attributes, family or maturity) was wonderfully beautiful in theory but incredibly naive and hard in reality.

Dealing with C’s increasing problems with partying and recklessness became tiresome. Learning to deal effectively with my own problems became hard. A partner is not a therapist and I had to learn not to lean on someone constantly.

Then came a cataclysmic shift, a move to Bristol, I had to learn that romantic notions are not often granted in reality. I was messed around with, one day he wanted to live with me and we spent money travelling to viewings on expensive flats in Clifton, the next day he didn’t and I was left abandoned thinking about what to do.

C was increasingly mean and critical in his behaviour towards me whilst caught up in the actualisation that his business was failing, he had spent K’s of pounds to rescue it, he had spent 4 years at his parents and that he was so far away from where he wanted to be.

I was in the midsts of a crisis between wanting to settle down, commit, move in together and then wanting my freedom.

Living in Bristol was a further trial when C was stuck between my demands to be here living it up with him and him needing time away to focus on himself. I realize now that I must have been torturing him, demanding and expecting… making him ashamed that he couldn’t be here for me whilst he sails himself away into oblivion to try to deal with it all.

Today I rung him, we spoke for 2 hours.

We both have things to work on.

He felt mortally embarrassed over how he has been these past months, his financial situation and bad habits. He said he’d rather just be alone than submit me to it.

I explained that love to me is not financial or paper status gain… it’s about deciding to stick together and be us against the rest of the world. We are here to help each other grow and it’s true. I did also say that it isn’t using me as a doormat to wipe his feelings of frustration out on. I explained that I have only tried to help but in my way which has come out as nagging and distaste when I should have just left him to it.

I did say the way he speaks to me sometimes is disrespectful and crosses my boundaries.

I do feel like I’m the one to save the relationship but I think that is just part of being a woman. Whilst C is perfectly aware of himself he may not have the steadfast to address it in the manner that I’m able to detach myself from it.

Dead love , dead relationships are the ones where there are no feelings left. Like an appendage with no blood flow stagnant and stale. no growth. when it hurts its only because the equation is out of balance and can be rectified if identified and changed or understood.

We then spent an hour giving each other memes and generally chatting about rubbish. I had to go back to work so ended the conversation and he said we’d speak in a few days time. We later texted that day about an elusive event we want to go to in September still.

My point being here is, we have been mis-taught through Disney movies and 1950′ era romance that relationships bring along a static bliss that hovers around you and the one you love as an aura of happiness.

The truth is we are not built like that. A person is a complicated machine and compatibility is like matching two fingerprints that fit in a way where they don’t cross over each others.

What a relationship is for, is to grow. Happiness is growth, without it we automatically fall. We are living beings after all and hopefully you remember MRS. NERG! Movement, respiratory, sense, nutrition, energy, reproduction and growth!

P>S Sometime after writing this entry I realised how emotive this piece was and I also realised that it was something that could be taken in many different ways from the intended.

I don’t know if love is meant to be like this.

That’s why people do the things they do. 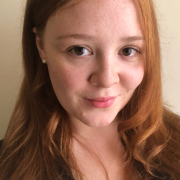